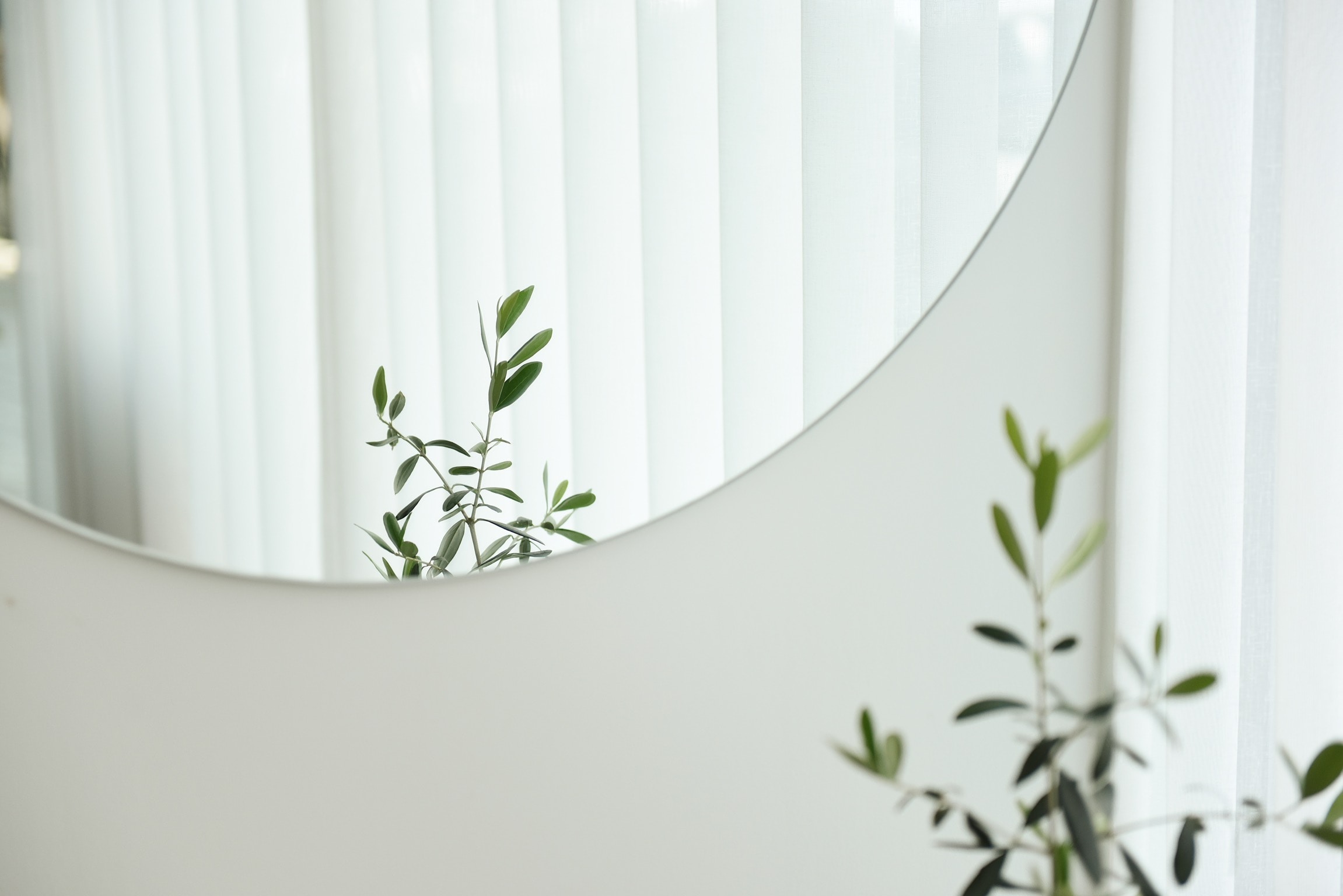 The last quarter of the year feels a bit different. I was debating whether I should skip the Q4 review to do my annual review instead. A friend suggested that I should write about Q4 first since I covered quite a bit in the past 3 months. So here I am. I resigned from my last product job to take a break. By "take a break", what I also mean is to explore the creator path in different areas. My main goal for the last quarter was to find a "niche" so I could narrow down and focus as a creator in the new year. Not full-time though, I still intend to look for a 9-5. I had planned to do so by experimenting with different mediums (drawing, writing, filming) and topics. At the same time, I (finally) gave myself permission to create during this time. I like to think of myself as a generalist with a portfolio of small bets (credits to Daniel Vassallo). I don't want to tie myself down to something for so long, and I'm not sure how long I'll stick with my niche. However, if I want to "grow my audience", picking a niche helps inform people what they can reach out to me for. The only way to find a niche (I believe) is through continuous creation. So, I dedicated each month in one medium — drawing in October, writing in November, and filming in December. What I found over the last quarter may surprise you (sorry, I've always wanted to write this click-baity thing). Here's what I set out to do in my Q3 post about my Q4 goals:
🎨 I drew almost every day in October. 🖋️ I wrote and publish every day in November. 📽️ I did not continue with my daily filming in December. More about niching downOther Q4 highlights

🎨 I drew almost every day in October.

It was Inktober, so I decided to participate in this challenge first instead. I chose a Ghibli version to draw 31 daily Ghibli prompts given. In retrospect, this wouldn't have provided me with an answer to my focus. It felt more like another opportunity to draw again after years of convincing myself not to. However, doing this challenge sort of confirm I didn't want to pursue drawing (or illustrating) as my niche, I think. I'm not 100% certain because I think I should have experimented more with a variety of styles instead of sticking to one throughout the whole challenge. I was a bit too comfortable trying to "perfect" one style rather than trying out a few. At least I learned some lessons and new digital art techniques, notably how I began to pay more attention to my surroundings and pushed through the discomfort of perfectionism. Similarly to writing, I didn't need to be perfect at the start of the drawing (or even throughout the entire process) until I had a rough sketch first. Only then can I "fix" it by drawing line art on top of the sketch.

🖋️ I wrote and publish every day in November.

I started feeling iffy writing formulaic "X ways/steps/signs" pieces as I wrote more of them, so I stopped writing like that during the second half of the month. That was when I slowly began to cultivate my own writing taste by becoming a bit more observant with writers I admire and their writing styles to figure out what I like to write and what I don't. It's like trying to find out what you like to eat — you do that by eating a variety of food to figure out what you like so that you can try to replicate it in your cooking. Unsurprisingly, I gravitate towards personal growth and mindful productivity as writing topics. Deep down, I knew that was the case but I hoped to somehow reveal something else instead. I could keep asking for help from others, but it wasn't until I took action that I learned this might be the area where I could find my niche. I wish I had more opportunities (and courage?) to write more freely without restriction. I was writing in a style that I'm familiar with, which made me write for the sake of results and productivity rather than to express myself. It's not a bad thing though in this case, since my original goal was to write to find a niche to focus on. But then again I could have found a hidden interest that way. At least now I kinda have an idea about what my writing preferences (tone, style etc) are. I haven't mastered it yet, of course, but I'm working on it and hope to try to be more self-expressive in my writing in the future. More lessons learned in detail here.

📽️ I did not continue with my daily filming in December.

I originally planned to do both daily short videos as well as a weekly longer video, but later I decided to only do daily shorts about my day to day life. I wanted to film because I've been meaning to do so. I even uploaded a test run on YouTube years ago but didn't publish it because I wasn't confident enough. What different would it make if I published videos when there were plenty of people doing it already was my thought. Imagine if I hadn't listen to the voice in my head. I started making short travel videos a few years ago, but now I wanted to take it up a notch. I wanted to use this challenge as a stepping stone to start a proper YouTube channel in 2022 to talk about my interests as well as with local creators perhaps. I wanted to get out of my comfort zone by talking in front of a camera too, and eventually become a part-time YouTube creator. However, 5 days into December, I fell sick after that for a week. I pushed myself a bit too hard because I also had impromptu events to do (family visiting and job assessment test). I even got some sort of a throat infection. So I slept and rested most of the time, so nothing exciting happened then. That was when I decided to stop filming. I'm pretty sure I'm capable of doing daily filming (and publishing the shorts) but I felt like I didn't have a strong enough "why" to continue making these day to day lifestyle videos. It felt like I was becoming just another Instagram lifestyle influencer, which wasn't really intention. Instead, I'm dedicating December to reflect for the past quarter and year, family time, skateboard, as well as do nothing productive at home like reading new webtoons.

More about niching down

At one point I was motivated when I was leanring more about niching down. I started a new doc, asked myself important questions, and conducted research on the existing players in the field. I thought I had managed to crack the code and figure out what I wanted to do. I was excited. However, this sensation only lasted for less than a week. There was one recurring theme during these challenges. Did I enjoy doing any of these? I reasoned to myself that if I put in more effort into doing something, then I may come to like it more later on and see myself doing it in the long run. Funnily enough, it's through skateboarding that I realise it might not be the case. I started skateboarding (to be specific, with my cruiser board) and surfskating in late November. I enjoy them. I realised that I like it for myself, despite the fact that I'm completely new and suck at it. I don't think about impressing others except for myself because I want to get better at it. I focus on the fun. When I drew and wrote, it felt more like work, which isn't necessarily bad. I felt a bit different towards filming, which was why I'm more interested in it. But I also realised that I enjoy learning and exploring different things still before narrowing down my focus. My end goal is earn a living at my own pace and style with more freedom and flexibility to pursue other interests outside of work. I'm not going to go full-time immediately, so I'll first start as a side hustle until it becomes more sustainable over the next few years or if I can see potential to pursue full-time. More on this on my annual review, which is still in progress. 🌚 However, I'll continue to be a generalist for now until some time in next year, which is rapidly approaching! I had this nagging feeling before, but again, only through taking action am I able to reinforce my decision. It's better and faster that way than reading up and looking for answers, but harder because it can be scary. So, I don't believe I have much regrets from this quarter.
If you find yourself in a similar position, ask yourself:
→ If you want to "find" your niche to build a potential business, keep experimenting and creating (topics and medium) to find out what you enjoy doing and see potential in. Then double down on it.
→ If you enjoy exploring and aren't in a hurry or pressure to find a niche just yet, just keep exploring. Don't let people tell you that you need to find a niche just yet. Maybe the niche might "find" you instead through your explorations. You need to find out what you truly want first, then it'll be easier to make an informed decision. If you're still unsure, take action and consistently work on it for a few weeks. I'm becoming like a broken record at this point, but really, the only way to know if something is for you is to take action and do it long enough to decide. You learn it faster this way too.

Of my first internet dollar, opening up, quitting my job and taking a creator's path

Of consistency, comfort zone, and clarity

On joining ODNC, moving into a new place, and the start of an examined life